After working with a number of cultural venues in the West Midlands, I was lucky enough to receive a brief from Birmingham Contemporary Music Group (BCMG) to create a new identity for their series of creative music workshops called the Creative Composing Lab.

The new identity had to appeal to 14-18 year olds and, whilst remaining inkeeping with the BCMG brand and current collateral, the design had to be fun, engaging and move away from traditional graphic representations of music.

The chosen concept is a typographic logo which features a font made from the convergence of lines and angles, creating a dynamic and modern feel for the identity. This was paired with shapes which graphically represent sounds and tones, moving away from the more traditional visuals used to represent music, and creating a sense of sonic movement. The complexity and layering of the different shapes and colours represent the composition of a piece of music.

A bright palette of yellow, cyan and teal are taken from the existing BCMG palette, but the design will allow for other colour combinations to be used to refresh the identity throughout the venue’s seasonal programme. 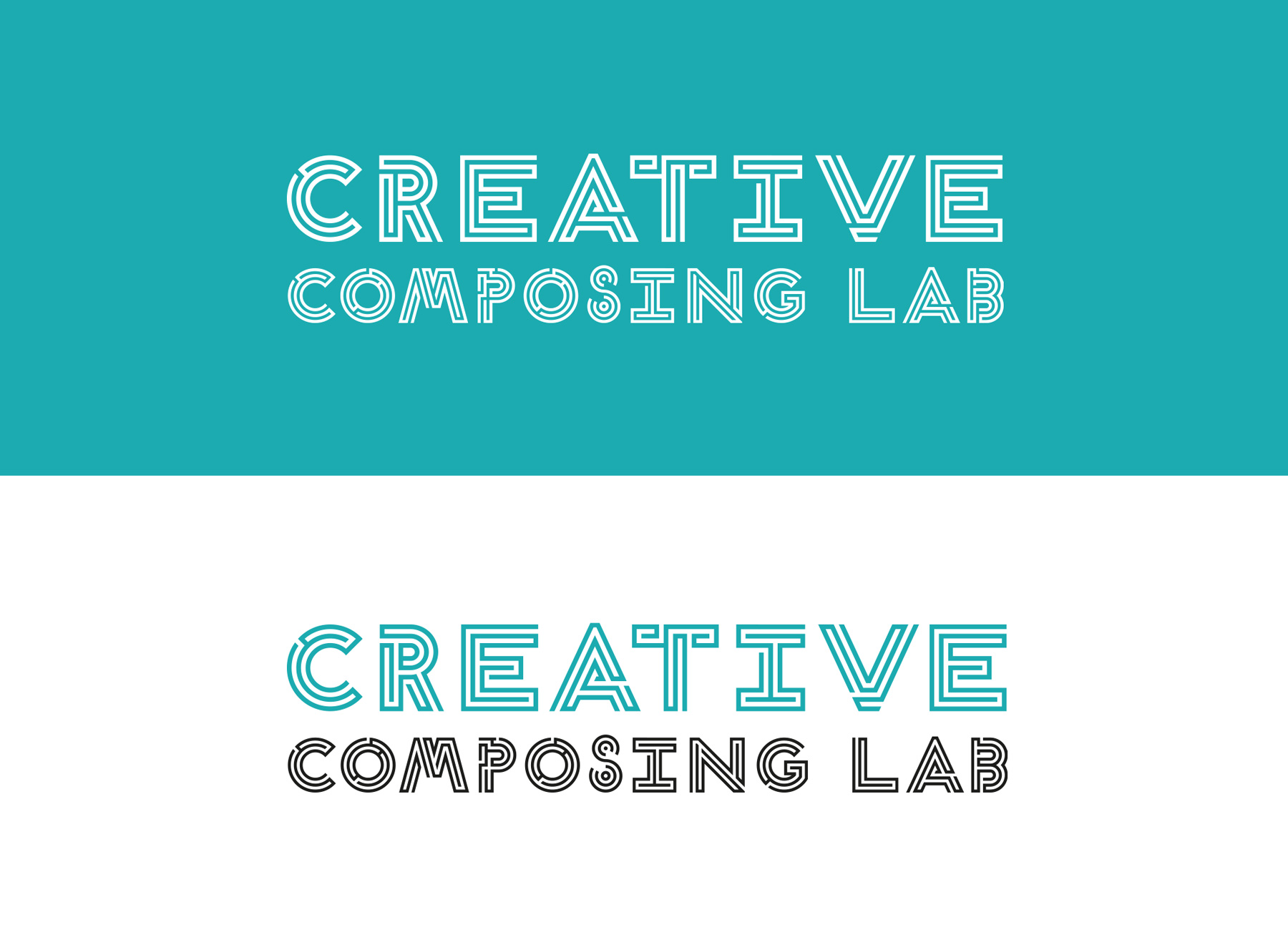 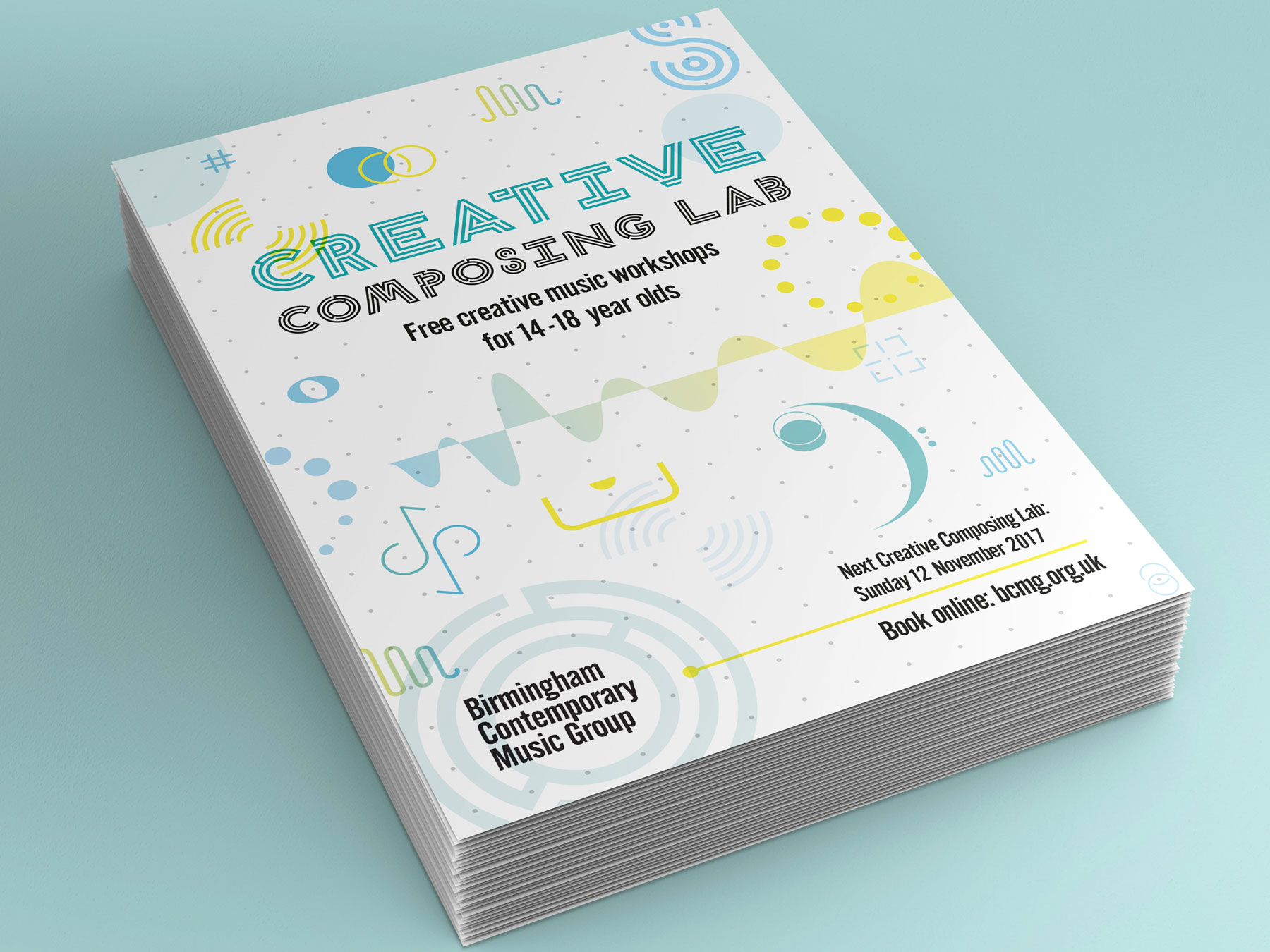 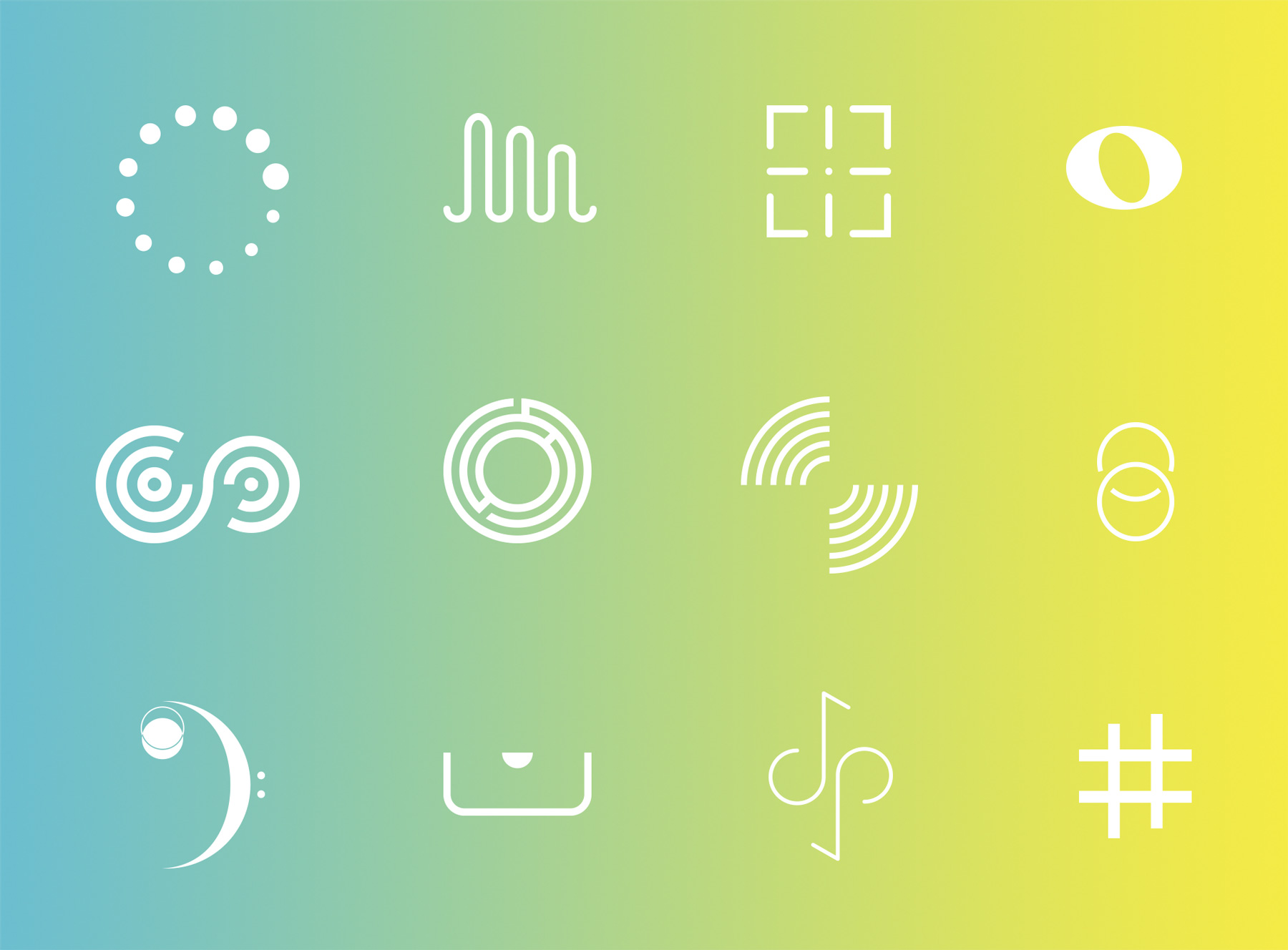 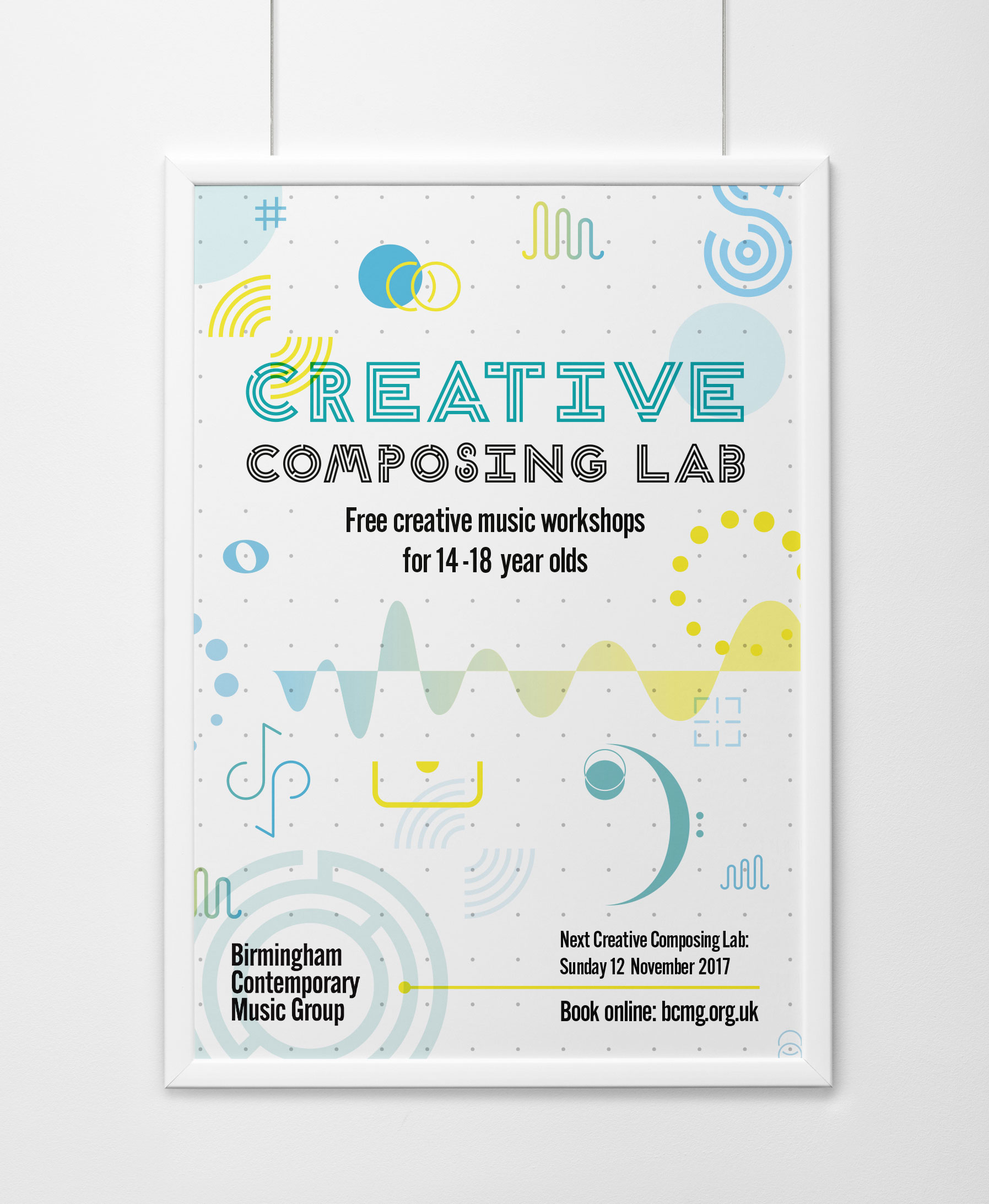 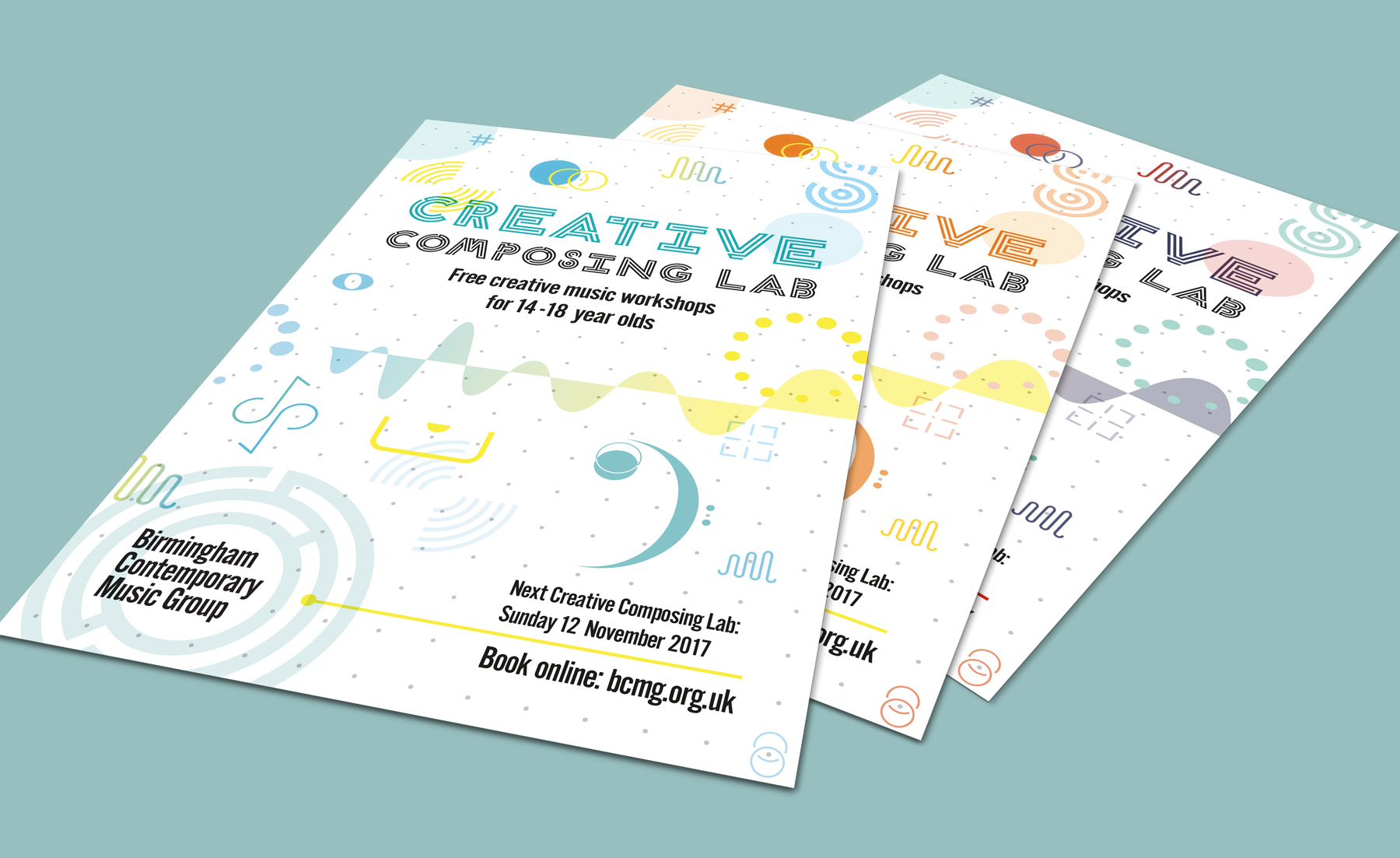