Medicine, a new style of artisan bakery, café and gallery, were launching a new venue on Birmingham’s prestigious New Street, and approached me to help them develop their brand identity and design aesthetic as they expanded their business offering.

Rooted firmly within its Midlands heritage, with its owners having previously owned the city’s famous Medicine Bar in Digbeth, before developing a successful artisan bakery and café in the suburbs of Wolverhampton, this new venture creates a jewel in the region’s independent offering. To coincide with the new opening in Birmingham, the sister venue in Codsall, Wolverhampton, formerly known as Village Café, also had to be rebranded as Medicine. Offering a unique mix of hand crafted artisan breads, cakes and pastries along with a unique brunch and daytime menu in Codsall, and complemented by a series of talks, events and exhibitions in Birmingham, Medicine promises to create a unique alchemy of food and art.

With a wealth of striking imagery available, of the artisan bread and cakes produced by the bakery, along with shots of the new 2,200 sq ft first floor Victorian space in Birmingham, previously home to the Royal Society of Birmingham Artists, it was key to include these visual cues as the brand started to create a name for itself. I wrote and designed a press kit to help announce the brand’s arrival into Birmingham and the rebrand of Codsall. This also helped to explain the evolution and key values of the brand. 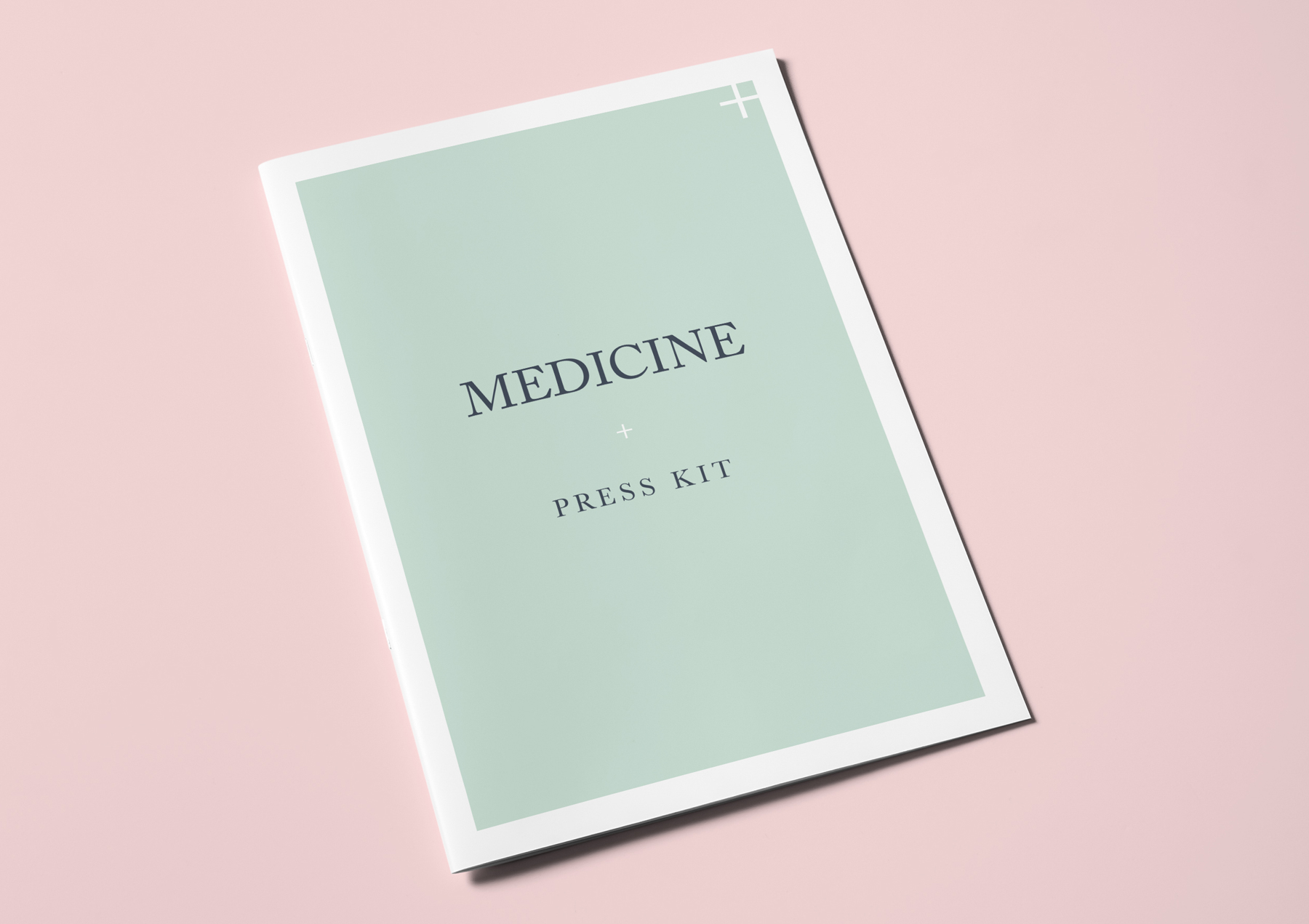 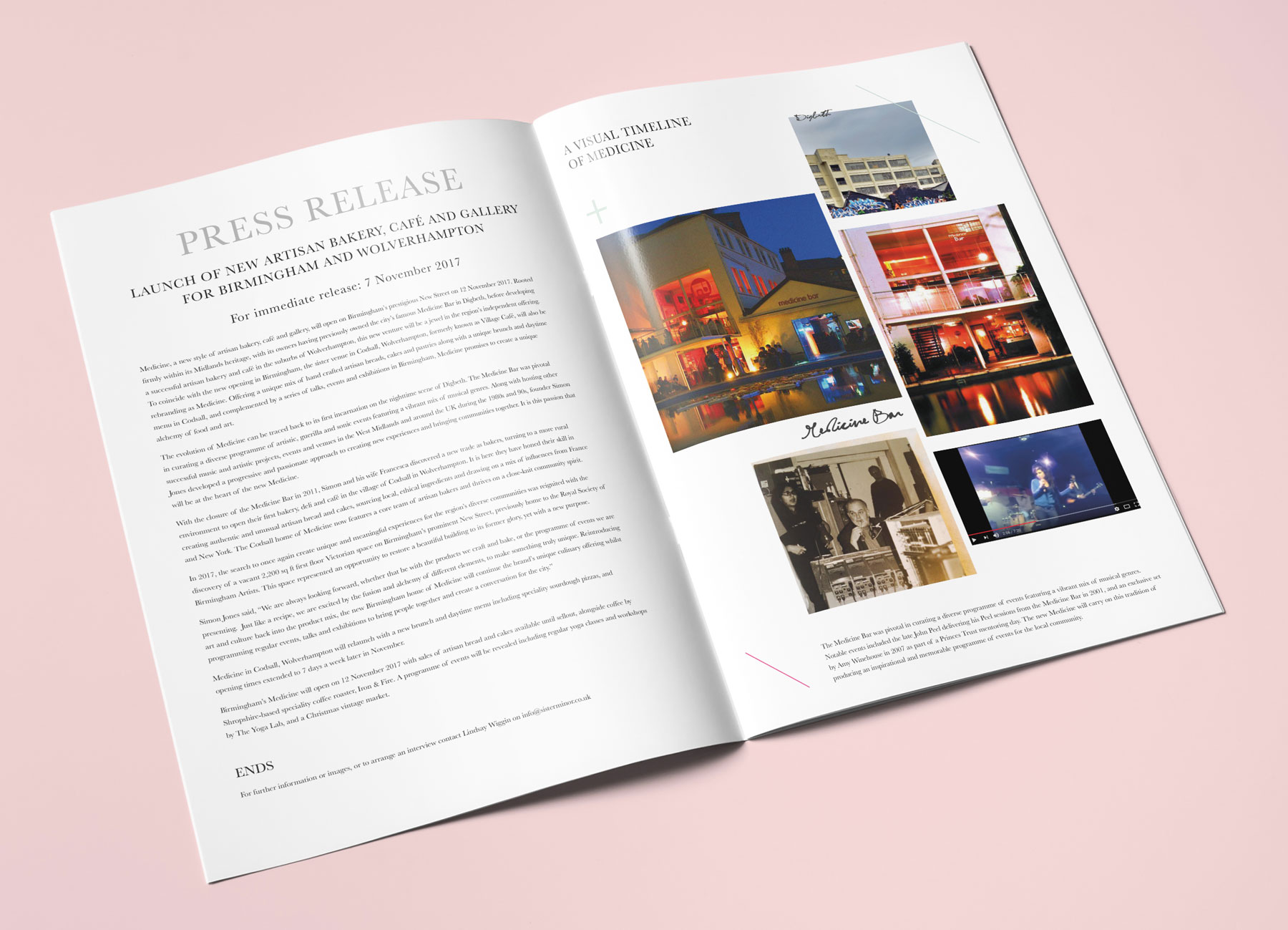 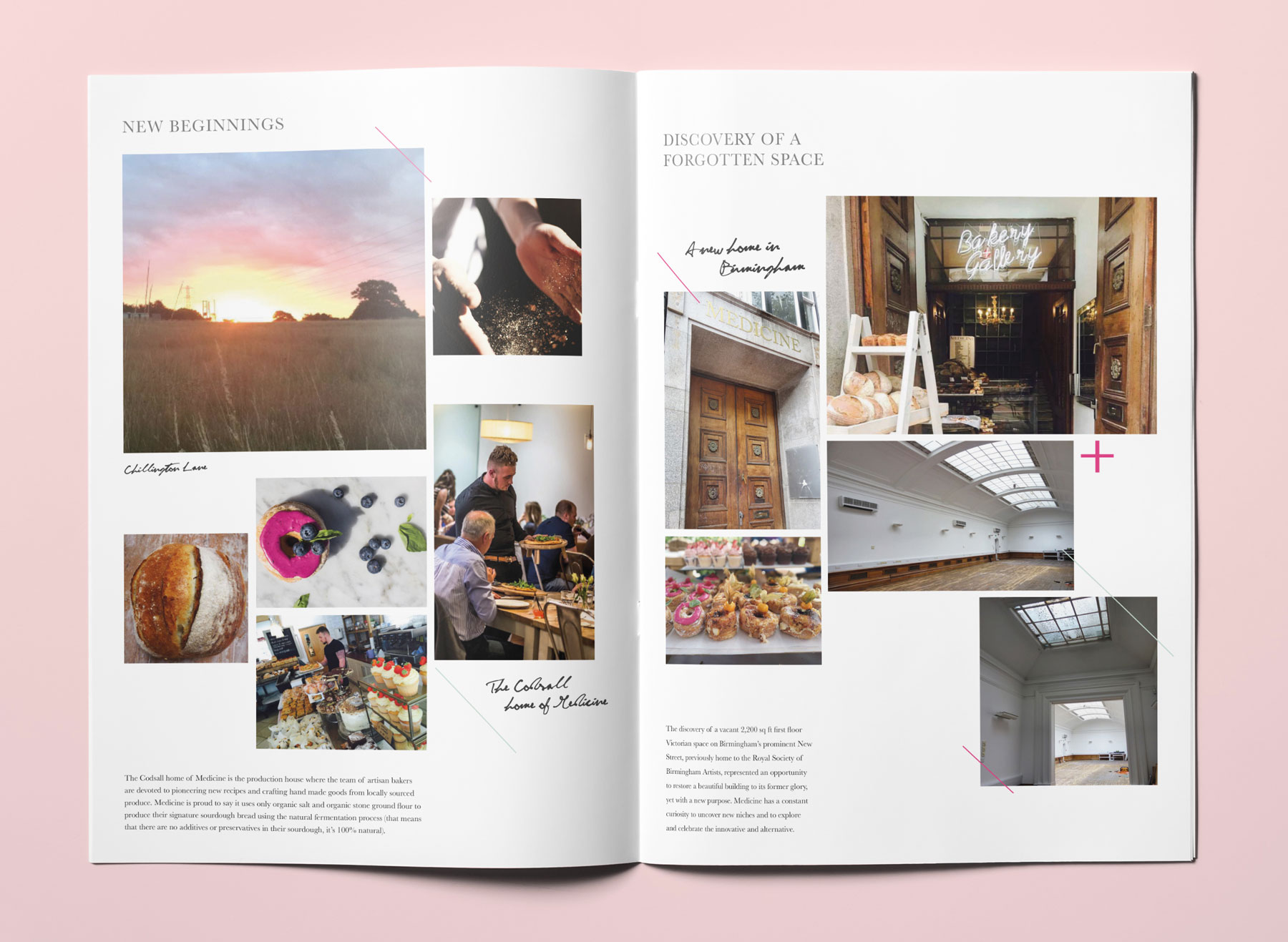