Campaign identity calling people to make connections with their neighbours

By 2020, almost 57,000 people aged 65+ will be living alone in Birmingham. Ageing Better in Birmingham is igniting a movement of active citizens in communities who want to make Birmingham the best place to grow old. To do this they created the Make Someone’s Day campaign, calling people to make connections with their neighbours and within the local community – connections that can change their lives now and better prepare them for the future. The campaign aimed to raise awareness of the extent, causes and consequences of social isolation amongst those who suffer from it and those who can reduce it by being friendly, sociable and neighbourly. 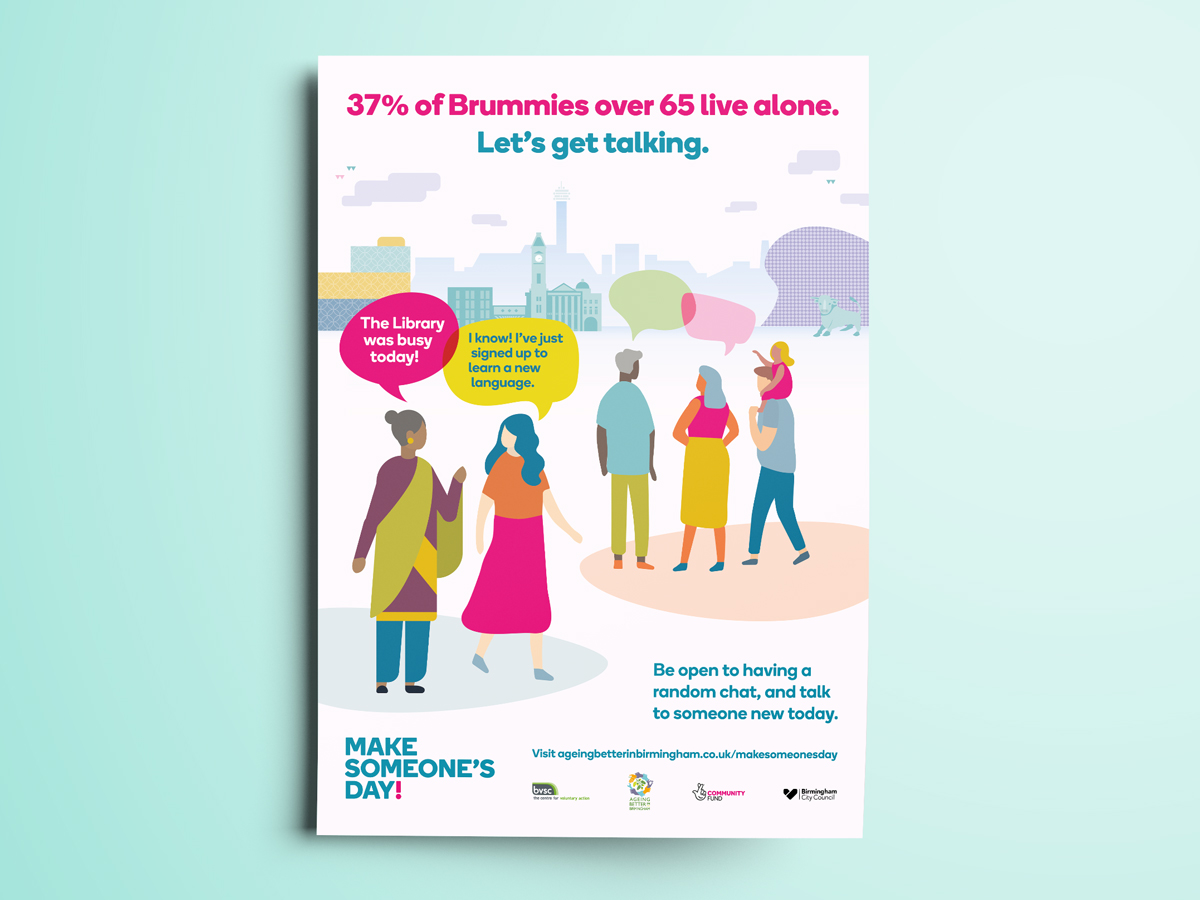 The campaign identity takes a contemporary illustrated route and centres on the important conversations that can make someone’s day and calling on the audience to make such conversations a habit. Colourful illustrated characters interacting with each other allowed for messaging to be tailored, representative of age, gender and ethnicity. This created great flexibility and variety across multiple touch-points. Grouped together, they reinforce the important message of going beyond just saying hello, but actually stopping to have a conversation with your neighbour and finding things in common. 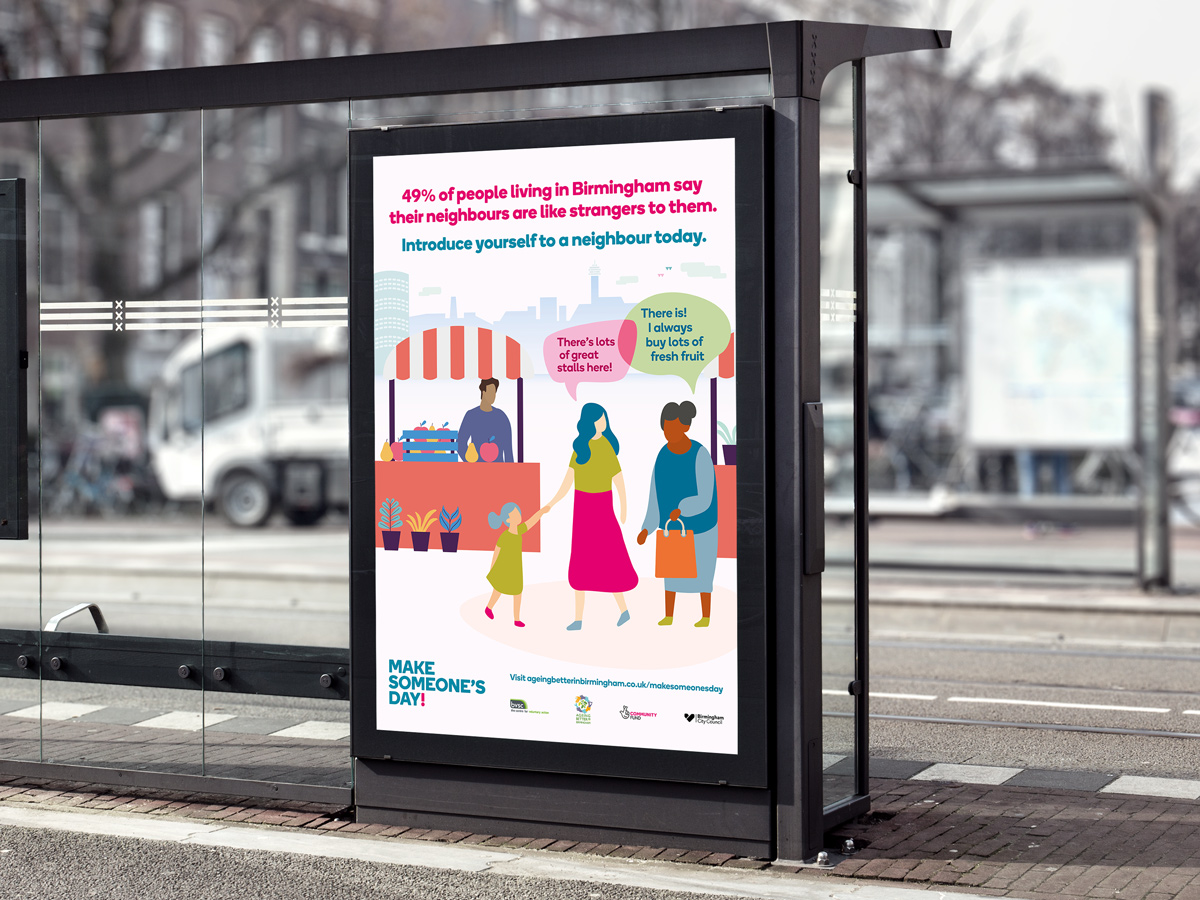 The campaign logo is sat in a brightly coloured speech bubble and features a warm yellow, magenta and teal palette. Multiple speech bubble devices were then used across collateral to hold messaging, copy lines and call to actions. 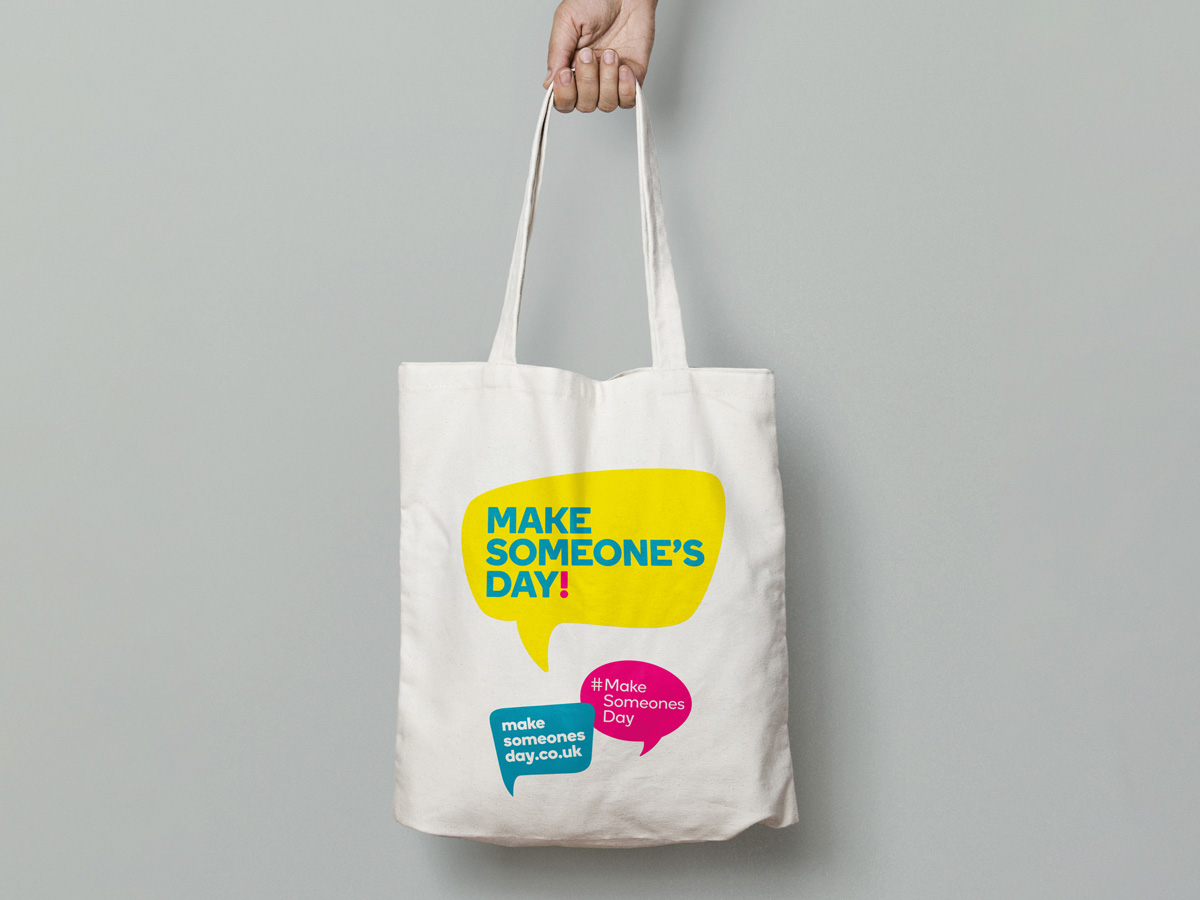 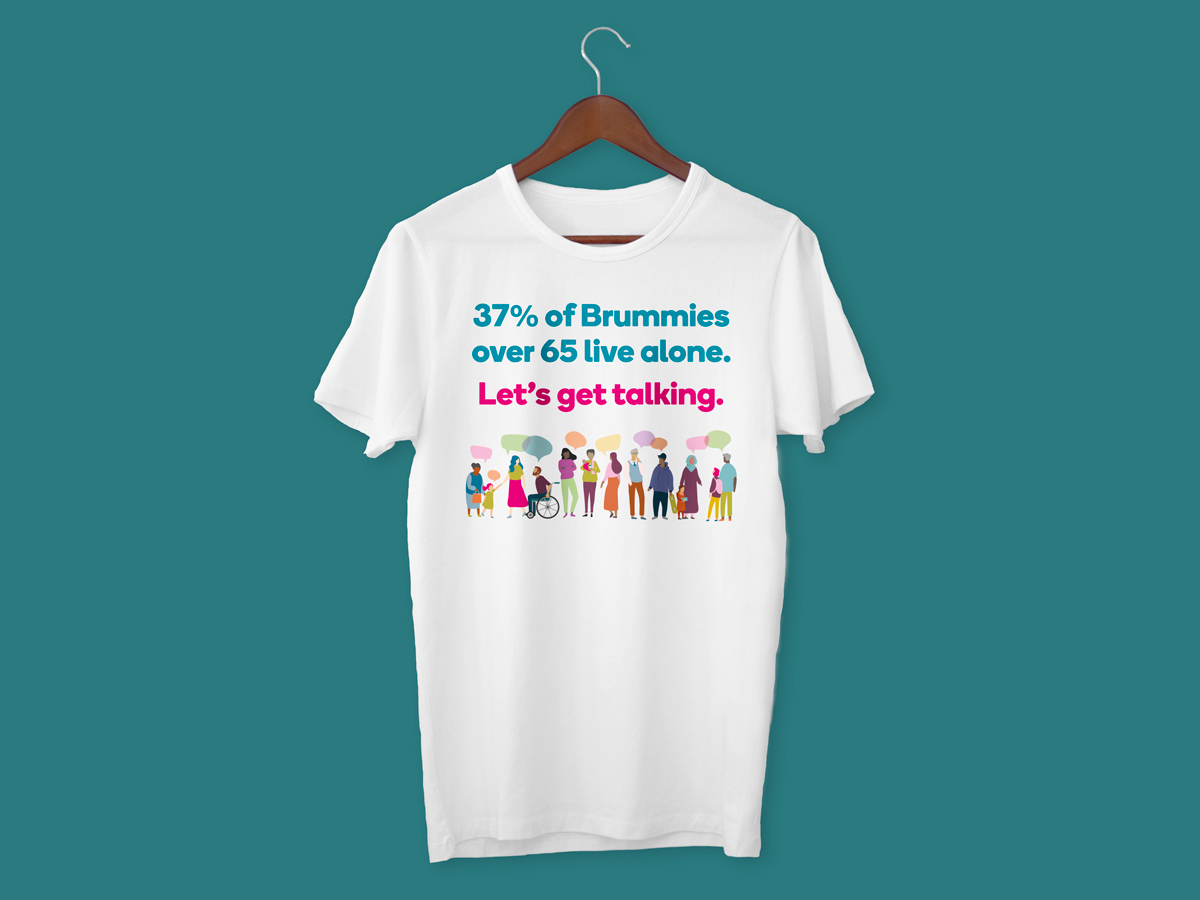 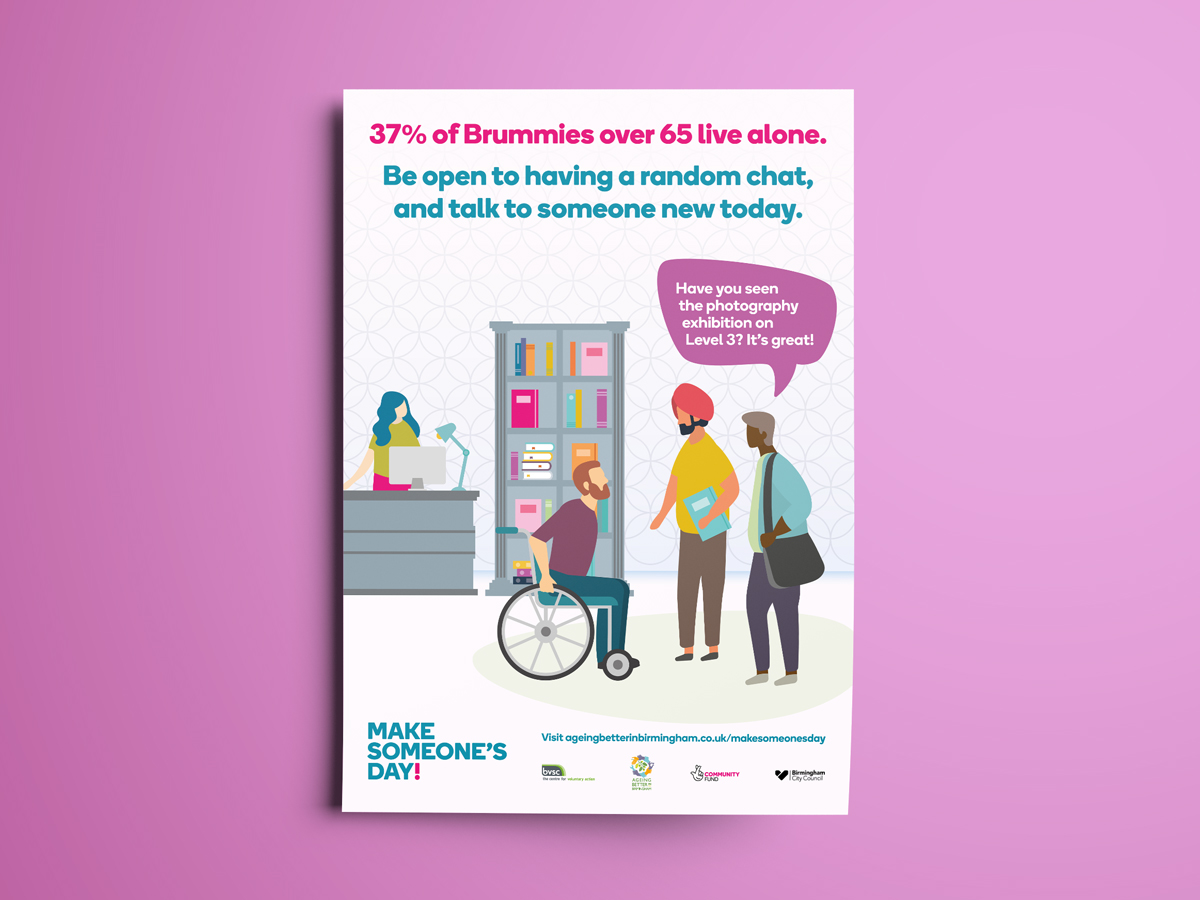 Lindsay did wonders with the design brief for our public awareness campaign. Her designs brought the campaign to life, incorporating key elements that were just right for the campaign. I found working with Lindsay a breeze. She was professional and flexible in her approach and listened to our co-production group’s comments. We have had great feedback on the lovely, inclusive designs that she developed from scratch and it’s great to see them come alive across the city and online.